Sec 270 A: Beware of penalties imposed on understatement of income 

Would I be penalised if I misreported my income? Read the article to find out the consequences of Sec 270A.

As a business, you are required to pay an Alternate Minimum Tax (AMT) per Sec. 115JB if your federal tax due is less than 18.5% of your taxable income plus surcharge and cess. Non-corporate taxpayers must pay taxes at a rate of 18.05% if their total adjusted income exceeds ₹20 lakhs.

When starting a business, it’s essential to be aware of the many tax regulations. One such regulation is the Minimum Alternate Tax (MAT), which applies when a company’s federal tax due is less than 18.5% of its taxable income plus surcharge and cess.

If you’re a non-corporate taxpayer, you may also be subject to the alternate minimum tax (AMT) by Section 115JC—this applies when your total adjusted income exceeds ₹20 lakhs. Make sure you’re fully informed about these requirements so as not to fall foul of any penalties or fines that may apply should you fail to adhere to them!

Paying your income taxes is a moral and statutory obligation that you shouldn’t take lightly. The importance of submitting your income tax return on time and with diligence cannot be overstated. You can always hire a chartered accountant if you’re not competent to file your returns. This will help ensure that your income is correctly reported. Further, fully disclosing all income and investments will also assist you in avoiding penalties.

The Income Tax Act of 1961 penalises taxpayers who fail to declare their income correctly and underpay their taxes. A recently introduced provision that imposes penalties on understatement and misreporting of income is Sec 270A.

To ensure you do not violate Sec 270A, let’s provide you with an understanding of each aspect.

Sec 270A(1) mentions the authority empowered to levy the penalty.

Who can impose a penalty under Sec 270A?

The following persons are authorised to levy the penalty if you have underreported your income:

Sec 270A(2) mentions the scenarios of under-reported income covered under the Section.

When is your income said to be underreported?

Moreover, if income assessed/reassessed reduces the loss or converts loss into revenue, then the same will be considered underreporting of income.

Sec 270A(3) mentions the method of underreported computing income.

How can you compute underreported income?

You can compute underreported income by using the formula below:

Can your income from previous years that is a source of income/investment in the current year be included in underreported income and thus penalised?

Yes. If your current year’s source of income or investments is previously assessed payment, but the same wasn’t subject to a penalty in that year, it will be regarded as an intangible addition to your current income and liable to penalty under Section 270A.

Let us understand this with the help of an example:

As per the provisions of this section, the income tax authority can consider any capital gains on shares along with the rental income received in 2018–2019 as it was not previously considered as underreported income.

Therefore, you will be liable for a penalty on the rental receipts along with any capital gains on shares.

Sec 270A (6) mentions scenarios not covered under the scope:

What are the exclusions under the section?

You will not be liable to penalty under Sec 270A if the underreported income falls in the below category:

(i) The amount of income for which you provide adequate justification. This is only applicable when the Income Tax Authority is convinced that your explanation is genuine and that all pertinent information has been given to support it.

(ii) The amount of unreported income calculated using an estimation. This is applicable when the accounts provided by you are complete and precise to the satisfaction of the tax authority, but the manner used prevents the income from being correctly calculated from them.

(iv) Any increase made per the arm’s length price as decided by the transfer pricing officer, plus the amount of underreported income it represents. This is applicable when you have kept the records and information required by section 92D, reported the foreign transaction in accordance with Chapter X, and revealed all relevant information on the transaction.

Sec 270A(7) quantifies the penalty applicable for underreporting of income.

What is the penalty you will attract for underreporting income?

If the Income Tax Authority confirms that you have underreported your income, the penalty under Sec 270A(7) will be 50% of tax payable on underreported income.

Let us take an example to understand the penalty computation.

Assume you own a firm, ABC. The firm is liable to tax at 30% plus applicable surcharge and cess. The following are the particulars furnished by the firm for A.Y.2022-23:

Before diving into the penalty computation, let us check if the penalty applies to Firm ABC.

According to Section 270A (2), Firm ABC is determined to have underreported its income since:

As a result, a penalty is imposed under Section 270A for underreporting income.

Computation of Penalty under Sec 270A(7)

Sec 270A(9) mentions cases covered under misreporting of income.

Which cases are considered to misreport income and thereby attract a higher penalty?

If any of the following apply to you, you will be subject to a higher penalty under the terms of this section:

(i) Misrepresentation or suppression of facts;

(ii) Failure to record investments in the books of account;

(iii) Claim of an expense that any evidence cannot support;

(iv) Recording of any false entry in the books of account;

Sec 270A(8) states the penalty applicable to cases of misreporting of income.

What will be your penalty if you misreport your income?

If the Income Tax Authority confirms that you have misreported your income, the penalty under Sec 270A(8) will be 200% of tax payable on underreported income.

Let us continue the above example to understand the penalty computation under Sec 270A(8).

Assume your firm, ABC, has misreported income to the extent of ₹80,00,000. The firm is liable to tax at 30 % plus applicable surcharge and cess.

Computation of penalty under Sec 270A(8)

Sec 270A(11) mentions about no repetition clause.

Will you be subjected to a penalty under Sec 270A if your additional income has already been subject to a penalty earlier?

No. Section 270(11) assures that no repeating penalty is imposed in the case of additions already charged to the penalty.

Immunity from Penalty under Sec 270A

The Assessing officer shall accept or reject your application for immunity within one month from the end of the month the application was received.

However, it is essential to note that in cases where a penalty under Sec 270A has been initiated/levied by the Commissioner (Appeals) or the Principal Commissioner or Commissioner, you will not be able to make an application under this section.

The new measures are unquestionably more effective than the prior penalty mechanism in attaining the intended goals.

Yes. In Sec 271(1c), the grounds for fines were not expressly stated in penalty orders. According to ethical norms, taxpayers have the right to know if it was for income concealing or supplying inaccurate income details. The new Section 270A, in contrast, makes the reason for penalties explicit.

A firm must pay a Minimum Alternate Tax (MAT) in accordance with Sec 115JB if its tax due is less than 18.5% of its book profits plus surcharge and cess. As per Sec 115JC, non-corporate taxpayers must pay taxes at a rate of 18.05% if their total adjusted income exceeds ₹20 lakhs.

Can under-reported income be exempted in transfer pricing cases?

In the circumstances involving transfer pricing, the under-reported income can only be exempted if:
You have prepared all documentation by Section 92D of the Act.
You have declared all international transactions.
You have provided all relevant information about such transactions.

What are some key points of Section 270 A? 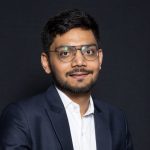 Vaibhav is Chartered Accountant by profession, having experience of 4+ years in banking & finance sector.
Since past one year associated with Wint Wealth as Credit Principal. Previously worked with Northern Arc Capital for 2 years in FI-Credit Team and AU Small Finance Bank for 1 year in LAP-Credit Team.