Exempt Income from Tax as per Section 10

Here are the pivotal exemptions on income tax available to salaried taxpayers under Section 10.

A taxpayer earning income through agricultural means in India is exempted from tax under the Income Tax Act 1961. Section 2(1A) of the Act defines agricultural income as:

The Act allows exemption on the income of a coparcener or family member of a HUF that comes from a business setup or impartible assets. This can be explained well with an example.

For example, during the previous year, the HUF earned ₹10 lakh and paid tax on this income. Now Mr X, who is a coparcener in this HUF and is an employee, received a salary of ₹1 lakh this previous year. Hence, as per the provision of this section, the income earned by Mr A from the HUF will be exempted from tax.

As per the provision of Section 10(4)(i), the generation of any income of a non-resident from the interest received on certain specified securities or bonds also includes the income from the premium on the redemption of those bonds.

Any interest income that is credited to a Non-Resident (External) Account in any Indian bank will be exempted as per the law. However, this provision is eligible for people who are a resident outside of India or someone who has got permission from the Reserve Bank of India to maintain such a bank account.

Moreover, this section states that no exemption is provided on the income from the interest paid or credited on or after April 1, 2005.

As per the provision of this section, the employer of some organisations offers travel concessions or assistance to employees and their families if:

The income tax exemption under Section 10 (5) will be applicable only if:

The exemption will be applicable:

Here is a list of the following income that is exempted under the provision of this section for individuals who are not a citizen of India.

The allowance of perquisites paid by the Government on occasion to a citizen of India offering services outside India is exempted. Here are the following conditions under which such exemption of income tax is granted:

Gratuity is an amount that is paid by the employer of an organisation to the employee as an appreciation for the past services offered. This sum of money can be received in two different ways:

In both cases, as per the provision of Section 10(10), the amount received as gratuity is exempted to a specified limit. If the recipient receives gratuity at the time of his or her retirement, then it must be chargeable under the “Salaries” head.

On the other hand, if the amount is paid to a legal heir of a deceased employee, then it will be chargeable under the “Income from other sources”.

As per the provision of this section, the income tax that an employer pays for himself for providing non-monetary perquisites to employees will be exempted in the hands of that employee.

The recipient receiving any of the money under the Life Insurance Policy will be exempted under the provision of this section. In addition to this, the allocation of the sum via bonus is fully exempted.

Below are some factors under which exemption is not available.

As per this section, the amount of exemption of house rent allowance will be a minimum of any three factors:

Also Read: Everything You Should Know About Gratuity and its Tax Implications

Here are some of the pivotal allowances related to business expenditures that have tax exemptions:

Some of the other significant exemptions of income tax under Section 10 are:

The income exemptions from tax under Section 10 offer legal and legitimate ways to reduce tax burden on salaried individuals. Hence, proper and careful filing of income tax returns by adjusting all the applicable deductions is quintessential for every taxpayer. Moreover, the added tax benefits in terms of available exemptions will help assess and plan their tax calculation in advance.

What are income exemptions available with respect to the salary of an individual?

Some of the income exemptions available with respect to the salary of an individual are Leave Travel Concession, perquisites allowed by the Government, Gratuity, Pension, Leave Salary, Retrenchment Compensation, Voluntary Retirement, any payment from provident funds, etc.

What is the exemption allowed in case of retrenchment compensation?

Under Section 10(10B), retrenchment compensation received by a workman following the Industrial Dispute Act, 1947 is exempt from the factors whichever is lower.

How is voluntary retirement exempted from income tax?

Under Section 10(10C), the amount received as voluntary retirement will be exempted from the following, whichever is less:

₹5 lakh
Three Months’ salary
Salary received at the time of retirement X number of months of services left for an employees retirement. 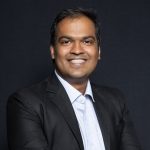 Guide on How to Calculate Income Tax on Salary: Learn with Example

Is Demat Account Required for Mutual Fund in India?