History of Indirect Tax in India: The Journey to GST

Taxes can be broadly classified into two types- direct taxes and indirect taxes. While the former is levied directly on a taxpaying entity’s income or revenue, the latter is levied on a manufacturer/supplier who passes on the liability to the end consumer. Examples of indirect taxes include excise duty, sales tax, entertainment tax, etc.

In India, indirect taxes were first introduced in India in 1944 to protect British-made goods in the domestic market. After our independence, the Indian Government introduced some new indirect taxes. Today, many of these taxes have been replaced with GST (Goods and Services Tax), a unified and efficient taxation system.

Now, let us discuss the history of indirect tax in India in detail.

The use of machines to produce fabric became commonplace throughout Europe during the Industrial Revolution in the 1800s. But, production increased to such a level that manufacturers found it challenging to sell their products as there was no demand. In such a situation, they sought to sell British products in the colonial Indian market.

They would soon come into competition with India’s domestic clothing and textile market. Moreover, British products were much more expensive than Indian garments. So why would people buy them?

Suppose a clothes maker buys cloth from a textile maker worth ₹500. He sews a shirt and sells it to retailers for ₹1000. So, his “value-added” would be ₹500.

If VAT is 10%, he will pay ₹50 as a tax rather than ₹100 on the transaction value. This takes care of cascading. pic.twitter.com/UwHjX1kbTi

To resolve this problem, the British authorities came up with the idea of the very first indirect tax in India- ‘excise duty’. This would bring the prices of Indian hand-made products at par with British machine-manufactured garments and clothes.

It led to the Indian Khadi industry suffering massive losses as consumers opted for the finer machine-manufactured clothes. It was an important reason behind the rising popularity of India’s Swadeshi movement.

A few years after India achieved independence, the newly formed Government of India reintroduced ‘customs duty’, a tax imposed on imported goods to protect Indian products across all sectors. But, the excise duty remained.

The reason behind its introduction was to preserve our country’s forex reserves. When forex reserves dropped to below ₹100 crores in 1965, GOI raised the import duties. When experts saw that the situation was far from improvement, it issued a mandate that only essential items could be imported. Due to this restriction, excise duties became all the more important than customs duties.

The second reason behind the customs duty was also to preserve forex. In 1965, our forex reserves touched a low of less than 100 crores. We raised import duties to all-time highs. pic.twitter.com/N60NQxnOPu

With an increase in its revenue requirements, the Government of India widened the tax base, i.e. more goods were taxed at higher rates. Initially, the focus was on raw materials (for example, steel) and intermediate goods (steel sheets).

Gradually, taxes were levied on consumer goods as well. The State Governments started collecting sales tax, and road and liquor taxes built up the state revenues. Municipal bodies introduced octroi because they had to increase their resources.

Given below are some reasons for these changes:

The situation stood at this—The Central and State Governments levied taxes on production and sales, and instead of value addition, they were on an ‘ad valorem’ basis. Suppose a steel producer sells steel to a manufacturer at ₹2 lakh, and the applicable tax rate is 15%.

This addition of tax at every stage of production increased the consumer’s tax burden. Moreover, the tax rates were quite high.

Issues with the Previous System

Here, let us stop and take into account two important concepts. Please remember that ‘tax on tax’, i.e. addition of taxes at every stage, is called cascading and ‘interest on interest’ is called compounding.

With that in mind, let us discuss the main issues with the previous system of indirect taxation:

For example, If Gujarat has lower tax rates compared to Maharashtra. Then, it was common for a business owner in Maharashtra to purchase raw materials from Surat in Gujarat instead of Pune in Maharashtra.

To address these issues, India adopted the VAT (Value Added Tax) model. The underlying concept of this model is that sellers have to collect taxes from buyers and pay the same as per the value added. In simpler words, tax is payable only on the gross profit, not the transaction amount.

Let us understand this further with an example. Suppose an apparel manufacturer purchases textiles worth ₹500 from a textile maker. He makes a shirt and sells it off to a retailer for ₹1000. No, if VAT is 10%, the clothes-maker will have to pay ₹50 only as a tax instead of ₹100 on the entire transaction value. In this way, the VAT model addressed the problem of cascading to a great effect.

While VAT sought to reduce the consumer’s tax burden and transform India into a single market, the model translated to lower tax revenues for the Government and a loss of autonomy for the states. Therefore, the Central Government and State Governments made a compromise. Entertainment tax, octroi and other local taxes were kept separate from the new regime.

However, this measure defeated the most important purpose of VAT which was ‘one nation, one tax’. The States charged their own taxes, interstate taxes were not levied, and there were too many different tax rates all over India.

Although the cascading effect of indirect taxes was addressed somewhat, India was far from formulating its goal of becoming a single market. Gradually, after a lot of political negotiations, GST (Goods and Services Tax) was launched in the country on July 1, 2017.

GST created a unified taxation system by merging over 17 taxes into a single structure.

The following are the taxes that GST brought within its broad umbrella:

Now, let us take a look at the GST timeline:

What Are the Main Points of Difference?

Discussed below are some essential points of difference between the previous indirect taxation system and GST:

Knowing the history of indirect tax in India is essential in understanding how the current taxation system came to be. The GST system has brought many benefits. GST collections have steadily increased with the growth in economy, compliance and adoption. The second-highest GST collections since its inception were recorded in October 2022. Though we still have a long way to go, the journey has been worth it.

When did the Government of India introduce GST?

Do I have to pay indirect tax while purchasing a ticket for a movie?

Yes, if you purchase movie tickets in India, you have to pay GST, and this is because movies fall under entertainment.

Which taxes did GST not replace? 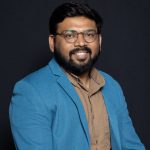 Co-Founder at Wint Wealth
Was this article helpful?
YesNo