The most common types of shares that we’ve heard about are the equity or preference shares. However, did you know that a company has many types of shares in its share capital like issued shares, authorised shares, paid-up shares, etc.?

Let’s understand the meaning and nuances of authorised shares.

What Are Authorised Stocks?

How Do Authorised Stocks Work?

During the formation of a company, the owners and stakeholders need to submit the required documents to register their Article of Incorporation (AoI) and Memorandum of Association (MoA). These official documents will explain the kind of stocks that the company plans to issue to the investors as well as the total number of shares that will be issued. These are known as authorised shares.

The number of shares available to investors in the open market may be a part of a company’s authorised stock, or it may be all of it. If outstanding shares are lesser than authorised shares, the difference between the two are the unissued stocks, which the company chooses to retain in its treasury.

Additionally, when a company wishes to go public, they can issue authorised shares to investors through Initial Public Offering (IPO).

Therefore, you will have to take the decision to sell 1000 of the remaining 6000 shares. Your company’s total number of authorised shares will remain the same, but the number of issued shares will increase from 6,000 to 7,000. This will help you generate ₹1 crore for business expansion.

The number of authorised shares is usually more than what a company actually needs so that it can issue stocks in the future as employee benefits or secondary offerings to raise more money. To prevent hostile takeovers and maintain a controlling interest in the company, companies do not issue all of their authorised shares at once.

How Many Shares Can a Company Authorise?

There is no specific limit set on how many shares a company can authorise. Companies primarily issue authorised shares when they go public through an IPO round.

During an IPO, it is of utmost importance for the company to make sure that enough shares are available to fulfil the objective of offering equity. Companies can also issue authorised shares as employee compensation which they can redeem at a particular date and generate income.

What Are the Types of Authorised Shares?

Authorised shares include all types of shares that a company can issue. They are:

It is a type of security that represents equity ownership in a company. It is also referred to as ordinary shares, common stocks or voting shares.

Common shareholders can claim a specific portion of the company’s earnings. This portion depends on the percentage of equity the shareholder has in the company.

These shares also give voting rights to shareholders, which means that they can elect a board of directors during annual shareholders’ meetings and implement any company decisions.

Preferred shareholders also get priority when it comes to claiming assets in case the company defaults. It is possible to convert this type of share into common shares. Issuers can repurchase this type of share at specific dates in future.

Most corporate officers, senior executives, and directors of a company get this type of share. These are non-transferable shares until the shareholder meets certain conditions, like serving for a particular period of time. After meeting the conditions, the company officially transfers the shares to the shareholder.

It acts as an excellent motivation for employees as they become part owners of the company after receiving it and get voting rights. This improves an employee’s overall performance and motivates him/her to work hard for the company.

Can a company change its authorised shares?

When can a company issue more shares?

What are the consequences of non-compliance with provisions concerning authorised shares?

If the company does not follow provisions in relation to an increase in authorised shares, every director or officer in default of provision has to pay a penalty. ₹500 is chargeable for every day of default. This can go up to ₹5,00,000 for a company and ₹1,00,000 for the person in default.

Who decides the number of authorised shares for any company?

Owners of a particular organisation decide the number of authorised shares they should have in accordance with the valuation of the company. Apart from this, any other changes are implemented only after discussing them with all the shareholders of the company. 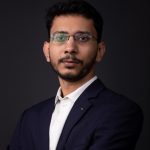 Anuj is an investment professional with a demonstrated history of working in Debt Capital Markets. He has completed his B.Com (Hons) in St. Xavier’s College, Kolkata and holds PGDM (Finance) degree from GIM. He is currently working as Investments Principal at Wint Wealth. He has been working in the debt capital market space for the past 4+ years and is also an NISM certified mutual fund expert.

Indiabulls Commercial Credit Limited NCD: Review and Should you invest?