The Pay Commission considers various aspects of the economy to come up with recommendations. It is constituted every 10 years and seven pay commissions have been set up since independence.

Here are the categories of government employees who are included in the scope of the Pay Commission:

The Pay Commission considers basic salary, dearness allowance, travel allowance, house rent allowance, etc., of the categories of employees mentioned above. It also considers other employment benefits such as maternity, paternity leave, and additional allowances for working in harsh conditions. Its primary objective is to review salary increments, rights of employees and employee benefits.

The 7th Central Pay Commission was chaired by Justice Ashok Mathur and was established by the UPA government on February 28, 2014. Former Finance Minister P. Chidambaram announced it, and its constitution was approved by the then Prime Minister Dr Manmohan Singh.

After intense evaluation and multiple rounds of discussions, the recommendations of the 7th Pay Commission were approved by the Union Cabinet in June 2016.

Highlights of the 7th Pay Commission

Here is a list of key aspects and features of the 7th Pay Commission:

The 7th Pay Commission has recommended increasing the maximum pay for government employees to ₹ 2.5 lakh. However, this increase is for apex-scale employees such as Cabinet Secretaries and others at the same scale.

The 7th Pay Commission has recommended dissolving the existing Pay Band and Grade Pay. Henceforth, the salary of government employees will be decided by levels as per the new Pay Matrix and not as per the previous Grade Pay. Several Pay Matrices have been designed for different groups to ensure transparency.

The new payment structure, as per the recommendation of the 7th Pay Commission, includes all existing levels of the previous pay matrix. The government has sanctioned the Index of Rationalisation and decided to offer minimum pay at every level pay matrix on the basis of accountability, responsibility and increasing roles.

A uniform fitment factor of 2.57 shall be applicable to arrive at a new pay scale. This means that there will be an annual increment of 2.57 times more than what was awarded in the past. The 7th Pay Commission has recommended keeping the rate of increment at 3%.

Gratuity ceiling has increased from ₹ 10 lakh to ₹ 20 lakh.

After analysing around 197 allowances, the 7th Pay Commission has recommended abolishing 53 allowances and subsuming 37 others into an existing or a newly proposed allowance. This is a significant change and might impact government employees.

There has been a recommendation to revise the pension formula for civil services employees. This includes defence personnel and Central Armed Police Forces (CAPF) who have retired before January 01, 2016. This formula will help to bring parity between current retirees and existing pensioners.

The 7th Pay Commission has come up with some changes for the CGEGIS scheme, as you can see in the table below:

Sick leave, special disability leave and hospital leave shall be merged together and referred to as WRILL. According to the recommendation, full payment and allowances will be granted if employees require hospitalisation due to WRILL.

As per the recommendations of the Commission, there will be an enhancement in employee benchmark from ‘Good’ to ‘Very Good’. There has also been a proposal that employees who do not meet this benchmark will neither receive an annual increment nor a promotion for their first 20 years of service.

Here is how the recommendations of the 7th Pay Commission will affect the economy of the country and the government:

Impact on the Economy of India

Here are some of the latest updates in relation to the 7th Pay Commission:

These were some of the vital updates in relation to the 7th Pay Commission recommendations. These recommendations were introduced during the UPA regime and are still an important part of our economy as a vast population’s salary depends on it. This also has a direct effect on the fiscal deficit position as well as the GDP of the country.

How do I calculate my salary as per the recommendations of the 7th Pay Commission?

The salary is fixed on the basis of the fitment factor recommendation that got the approval of the government. The common fitment factor is 2.57 for all government employees. Multiplying it with the basic salary as of December 31, 2015, will help you match the pay level figure in the pay matrix that you are entitled to.

What is the 7th Pay Matrix?

The 7th Pay Matrix is a table that central government employees use to calculate their salary. It has been in effect since January 01, 2016, as per the recommendation of the 7th Pay Commission. 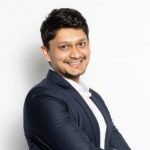